Ever wondered about the composition of our UK coins?

There is much to learn about the crafting of coins and their history.

Maybe you’re a coin collector and want to know some amazing money facts.

We’ll look at the composition and size of UK coins – why some coins are magnetic and some aren’t, the rarest coins in the world and some fun facts about a stream of upside down coins accidentally produced by The Royal Mint.

Let’s take you through it.

Known more as a collector’s item than used in circulation, the £5 coin has featured the profile of Queen Elizabeth II since it’s first introduction in 1990.

Although the coin is legal tender, banks are not obliged to take the coins. This is laid down in the Coinage Act 1971.

how much does a £2 coin weigh?

The British £2 coin was introduced in 1998 and are legal tender.

The introduction of the £2 coin came about after discussions with industry professionals including the vending machine industry, members of the public, and special interest groups, such as the RNIB and Age Concern.

The results favoured a bi-colour coin, as it would be easily distinguishable from the other coins in circulation.

The coin has featured the profile of Queen Elizabeth II since the coin’s introduction in 1998 and three different portraits of the Queen have been used.

As of March 2014 there were an estimated 417 million £2 coins in circulation.

how much does a pound coin weigh?

The latest pound coin design weighs in at 9.50 grammes.

The one pound coin has been in circulation since 1983 – more than 30 years. It replaced the £1 note as coins were deemed more durable than pound notes, and were more useful in the growing trend of vending machines.

It features covert security designs to protect it from increasingly sophisticated counterfeit operations.

How much does a 50p coin weigh?

The revolutionary design of the 50p coin, introduced in 1969, made it easily distinguishable from round coins both by feel and by sight and still allowed it to roll in vending machines.

The coin with 7 sides, the 50 pence piece is shaped as an equilateral curve heptagon.

The coin features a symbol of Britannia on the reverse of the coin – a feature of British coinage since 1672.

50p coins have commonly been used to commemorate important events and there are over 70 designs of this coin.

Like the 50p coin, it is seven-sided – an equilateral curve heptagon.

There have been four different portraits of the Queen on this coin – the latest design by Jody Clark was introduced in 2015.

At one point there were so many 20p coins in circulation that in 2017 The Royal Mint did not produce a single 20p.

With the introduction of decimal coinage in 1971 the pre-decimal two shilling coin was redenominated as a 10p piece and these coins continued to circulate alongside the 10p coins until 1993.

10p coins are legal tender for amounts up to the sum of £5,

The rarest 10p’s can be found in the ‘A to Z’ 10p collection, which was a release of 26 coins in 2018. The coins were released to celebrate the Best of British.

In this collection, there’s a 10p coin for each letter of the alphabet. Themes on the coins include Brit favs such as James Bond, a cup of tea, cricket and fish and chips.

how much does a 5p weigh?

The 5p coin replaced the shilling after the introduction of the decimal coinage in 1971.

Its design has featured the profile of Queen Elizabeth II since the coin’s introduction on 23 April 1968.

The rare ‘upside down 5p coin’ is a collectors item after The Royal Mint accidentally produced a series of coins the wrong way round in 2008. Some of these ‘upside down coins’ are said to be worth around £50. Not bad for a 5p coin.

how much does a 2p weigh?

Despite appearances, 2p coins aren’t made of copper anymore – due to high prices in metal.

They are mostly made of steel and copper-plated – consequently, 2p coins are magnetic.

The 2p coin was introduced on 15 February 1971 with the creation of a new decimal currency system. The other two coins issued at this time were the 1/2p and 1p coins.

how Much Does 1p Weigh?

Like its sister 2p coin, the 1p coin was introduced in 1971 and is also mostly made of steel – with a copper coating.

According to traditional folklore, crossing the palm of a newborn baby with silver or offering them a silver penny is a way of wishing them a wealthy and healthy life. Consequently, the Royal Mint offers a silver 1p coin to babies who are born on the same day as a Royal Baby.

What is the oldest coin in the world?

The ‘Lydian Lion’ is considered the oldest coin in the world. These coins predate ancient Greek coinage and were created in the ancient Kingdom of Lydia, now known as part of Turkey.

Who agrees to the design of UK coins?

The Queen must officially approve any coin design before it can be made. The design is first put to the Chancellor, who then passes it on to the Queen for her official sign-off.

Are there any coins linked to traditions?

Sailors have always been known to be superstitious. They have traditions meant to bring them good luck when building a ship. Mariners would place a couple of coins under the keel block for good fortune.

In Roman times, coins were attached to ships to attract divine protection.

How long does a coin last in circulation?

Usually about 30 years. Bank notes tend to last around 9 months. 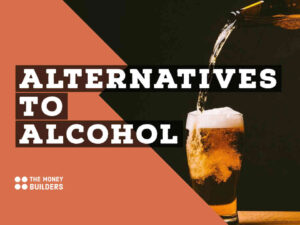 Alternatives to Alcohol: Save Money & More 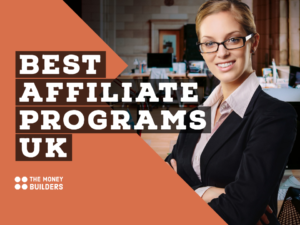 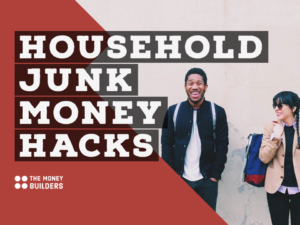