These days we are all much more used to being able to watch TV on demand – whether that is via online streaming or something we have recorded previously. With our households having such demand for TV, it can be easy to assume that paid for services such as SKY or Virgin TV are the way to go.

This is especially the case if you’re someone that has an interest in Sky Sports or watches lots of moves so wants an Entertainment Pass from them. However, having a satellite dish installed can be a hassle and the monthly cost of a Sky TV package isn’t cheap, so here is a look at some alternatives that could work.

Sky+ has become ubiquitous with pausing live TV, rewinding, and watching on catch-up. Almost like Google is to searching the internet, you would think it’s the only way to do it. But it’s not.

A Humax is a digital TV receiver which costs in the region of £200. For this sum, you can access the standard Freeview offering of channels.

However you also get full capabilities of recording anything on Freeview, pausing live TV, rewinding, and even recording two channels at once.

So you don’t get Sky movies or now TV, but with the range of channels now available for free, there’s a whole lot of great TV and films available to record and watch at your leisure.

Supplement with a Netflix or Amazon Prime subscription which you can cancel when you feel like it and you could have what most people would consider a wide range of viewing options.

Do you watch a lot of football? Enough football to justify an £80 per month bill?

Personally speaking, I am a football fan. But do I want to watch it all the time? Hell no.

If you do spend most of your time watching football obsessively then £80 per month may be a small price to pay. If however you only enjoy watching the occasional fixture featuring your favourite team (like I do), then you can purchase weekly, monthly or fortnightly passes for NOW TV, assuming you have a smart TV, firestick or similar, that is.

Lots of us are aware of Amazon Prime and how that can help us get goods delivered to our house the next day (or the same day in some cases). However, not everyone is amazon that Amazon Prime also offers a TV streaming service. The service itself is a mixture of free and paid-for content. However, it is home to very many popular TV series’ such as The Walking Dead and a variety of documentaries. Much like Sky Go, you can also stream Amazon Prime TV on other devices, so you can watch it while you’re away from home on your mobile device or laptop.

Also from Amazon is the Fire Stick – which comes with a range of features. Once you have a Fire Stick set-up, you can add apps that suit your needs. Most free TV streaming services are on this, you can also add things like Amazon Prime and Netflix – which you’ll need to pay the monthly subscription for.

Perhaps one of the most well-known TV streaming services is Netflix. As you would expect this can also be played on several devices, but you may be limited to the number of devices you can use at one time, depending on the monthly plan you’re signed up to. Netflix has grown in popularity over the last few years and have started to put out lots of their own content which have had some of the highest ratings. New content is added all the time –a mixture of series’, films and documentaries so there should be something for everyone.

If you’re like to watch TV for free, then Freeview Play might be the right choice for you. If you wish to watch BBC or any live TV then you’ll need a TV license, so make sure you look into this and work out what is going to work best for your household. However, the range of free TV available is really good – all the main channels have their own app so you can download them or access them on your laptop if you wish. Most of them give you a mixture of live TV, catch-up TV and a range of things like box-sets so you can access much older TV too.

So, don’t assume that your family needs a sky subscription or to pay Virgin media, because that is not the case at all. As you can see, there are many alternatives that can work and definitely should be investigated. Sky TV can be costly and if it is something that your family doesn’t get value for money from it then it is worth looking at how you can cut back. With so many different TV streaming services out there, there is something for everyone without having to break the bank paying for it. Want to listen to music for less? Check out our related post on Free Alternatives to Spotify here. 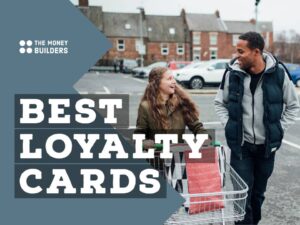